Grapevine is a suburb of Dallas with a population of 52,486 and known as the #4 Best Place to live in Tarrant County. Living in Grapevine offers residents a dense suburban feel and most residents, approximately 54%, own their homes. Grapevine is located by Lake Grapevine where residents enjoy picnics, sports, fishing, boating and more. The median price for a home is approximately $295,000. The public schools in Grapevine are highly rated and sought after. Many families and young professionals live in Grapevine and the city is known as 28th Best Suburb for Young Professionals. The residents tend to lean conservative. The average income in Grapevine is approximately $89,700 and some of the larger employers are DFW Airport, GameStop, Baylor Scott and White Medical Center, and Kubota. Downtown Historic Grapevine is known for its 19th and 20th Century restored buildings, restaurants, and shops. The Cotton Belt Railroad District is home to artisans’ workshops, including a glass-blowing studio, a blacksmith and a bronze foundry. Top attractions in Grapevine are the Vintage Railroad, The Great Wolf Lodge, The Gaylord Texan, LegoLand Discovery, and More! 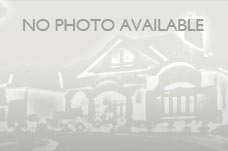